Our Guest of Honor 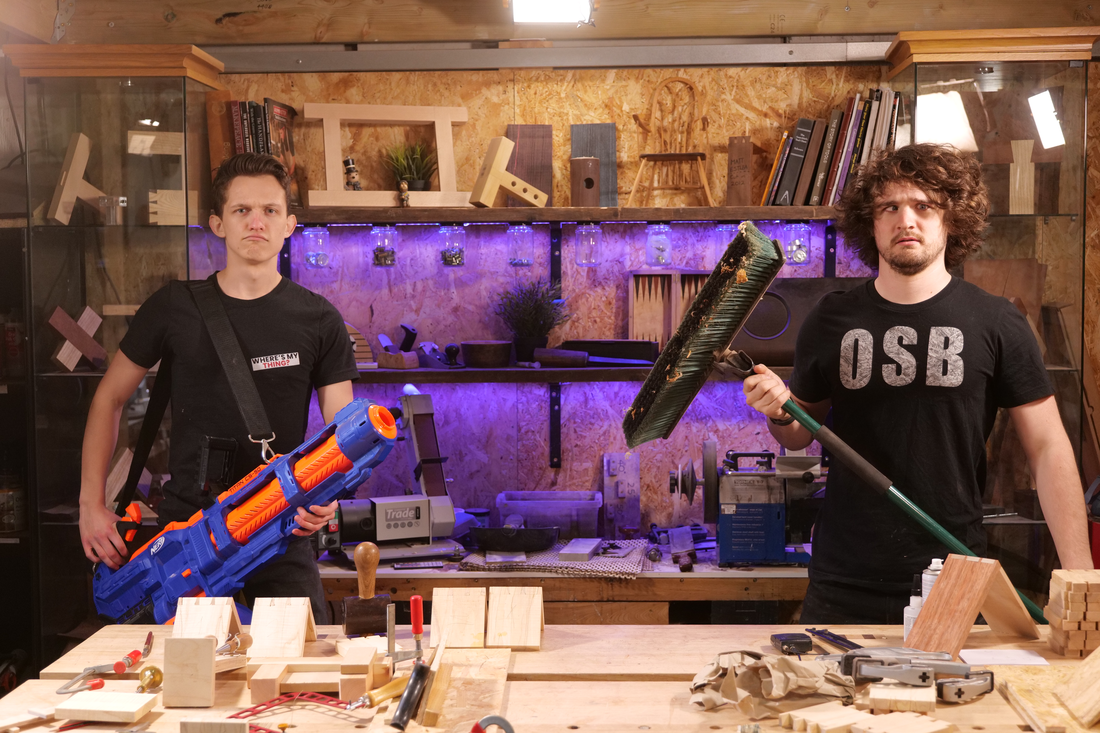 Early in his teenage years, Matt was given a camcorder that quickly became a means of creating his first videos shared on YouTube. During school, after being taught by an inspiring teacher, Matt realized he could make a career from woodworking and enrolled in a course at Rycotewood Furniture Centre in 2012. In his 4th year at the school, some personal setbacks gave him the drive to combine his passion for woodworking and video production, which resulted in the creation of his woodworking YouTube channel in 2016. A year later, after writing his dissertation on the potential effectiveness of social media in the furniture making industry, he graduated university with a Bachelor of Arts degree in Furniture Making.
Rob Harvery, a lifelong friend of Matts, graduated university with a music production degree, then went on to start a video production company. He began getting involved with the channel as an extra pair of hands while Matt was moving workshops. But over time, progressed to editing one-off videos, then entire series, before eventually becoming permanently involved with the channel in 2019.
With two brains working to grow the channel, Rob adopted back end organization, website development and video editing while Matt continued to be the creative force and face of his videos. Through trial and error, the two found a format that supported another year of successful video production, including the creation of The Free Online Woodworking School in July of 2019.

While sales for digital plans, dropshipped products, affiliate commissions, and donations provided much-needed passive income, the trial and error of video production finally paid off in November, 2020. Rob and Matt developed a video format optimized for storytelling, videography, and education that has produced back-to-back videos with views ranging from 200,000 to 400,000 in the first 50 days of being published.

Check Out Their Channel!

For Additional Resources From Matt And Rob, Click Here!